Ten thousand years ago, an alien race was driven from Earth by ancient humans. They have returned to Earth using perfect human replicas to understand and eventually control the human mind. Stronger, invincible, immortal, and with a technical superiority beyond comprehension, the aliens are fuelled by a zest for revenge while plundering Earth’s remaining resources.

The aliens have remodelled themselves into a genetically superior race and removed any feelings or emotions they consider a weakness. They don’t feel fear, guilt or remorse, and most importantly, they never fall in love.

Rothwen, a headstrong and ruthless alien soldier, develops an intense obsession with Erin, a bright young human student with a mysterious past. He decides to bring Erin into his world, changing all the invasion plans to be with her, just for his pleasure.

Once Rothwen has Erin with him, he unleashes a devastating attack on planet Earth while Erin struggles to help the humans. Her efforts seem doomed to failure, but eventually, she can reach out to the soldier’s bleak soul and does the unthinkable to try to change him against all the odds. 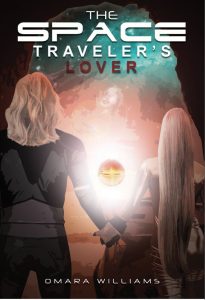 As the shimmering mist glistens in rainbow-like hues, her expectation
grows. With her polarised pupils, she focuses on a emerging glow breaking
through the horizon.