Ten thousand years ago, an alien race was driven from Earth by ancient humans. Now they have returned to Earth fueled by a zest for revenge while plundering Earth’s remaining resources.  And at the end of the 21st century, droughts and floods have left Earth on the brink of collapse, with limited resources and habitable land.

Who will save the Earth then?

Answer this question as you turn the pages of “The Space Traveller’s Lover”, a book written by Omara Williams. This is a sci-fi adventure about Erin, a bright young student living on the remote island of Tinian with her adoptive parents, who eventually discovers her ancestry on her 16th birthday.

How would one take the news that an alien’s blood runs within their veins? Erin always finds herself dreaming the same dream before the invasion. Inside that dream, her encounter with a mysterious figure in golden armour leaves her disoriented and trembling in desperation to survive.

“Who is this man I’m about to reach and then vanishes?”

In the novel, the main characters will be involved in a fatal attraction between a human and an alien. Here, Omara explores the themes that have always fascinated her since she was young—love and science.

“How powerful can love be? In my book, I wanted to explore the impossible love,” she says 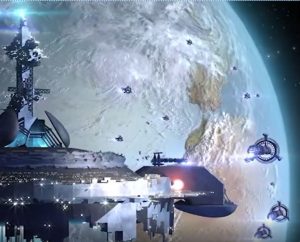 An invincible alien race returns to the planet they left long ago with designs to exact revenge and plunder Erth’s resources.